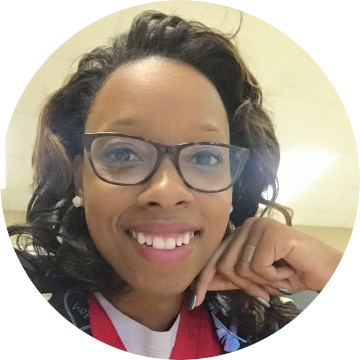 Camilya Yavon (Jackson) Packer, also known as Millie to her family and friends, age 33, passed away in the presence
of her family at Memorial Hermann Katy Hospital in Katy, Texas following post delivery complications. Camilya was born in Germany on June 27, 1989 and grew up in Petal, Mississippi.

Camilya left a larger impact on this earth in 33 ears than most people leave in double or even triple that time. She had many-titles Including wife,. sister, aunt, daugnter, granddaughter, niece. and friend. But I think the title she was most proud of was "mother." We find comfort in the fact that although she will always be a mom to the babies she left on earth, she
also gets to be a mom to her precious
daughter, Ella Crisette Packer, in Heaven. One of the best words to describe Camilya is infectious. She was infectious in every "her kindness, her ambition. her passion, ner energy, and her courage. She was always advocating for others and striving to better herself and those around
her. She was intelligent, holding an Associate's Degree in Applied Science that aloweds her to work as a Licensed- Theranist Assistant and RNA . Director as well as a Bachelor's Degree in Healthcare Administration and Master S Degree in business Administration, Which
she was using in her pursuit of starting a
trucking company with her brother AJ.

Camilya married her husband, Brennon
Packer, in May of 2021. With that union, they joined together to create a beautiful blended family with their children, Kali Packer, Bra'len Dixon, and Brennon Packer, Jr. They would later complete their family with the addition of their baby girl, Ella Packer, who is now resting peacefully in Camilya's arms in
Heaven. Although they only got to spend a year together married on this earth, we know that their love for each other will last
a lifetime.

She is survived by her devoted husband Brennon Packer, her loving children, Brennon Packer, Jr. and Bra'len Dixon, her
stepdaughter, Kali Packer, her mother, Wansa Jackson, her father and stepmother, Dietrich Jackson and Teri Carroll, her brothers Alfred Jackson and Dietrich Jackson Jr., her sisters Brianna Jenkins and Richlynn Jackson, her mother-in-law, Ramona Johnson, her father-in-law, Frederick Packer, her dog, Roux Packer, as well as many other loving family members and friends.

If you would like to make a contribution in honor of Camilya, please consider donating to the Black Mamas Matter Alliance at blackmamasmatter.org which gives black mothers a voice to change policv, drive research, and reframe the conversion for black maternal health and justice.

To order memorial trees or send flowers to the family in memory of Camilya Yavon Packer, please visit our flower store.