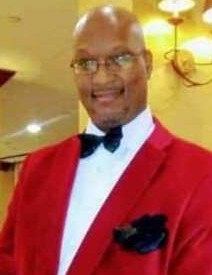 Prophet Leon Renchie was born on November 14, 1970 to the parents of Mr. and Mrs. Eugnia Renchie.
He received Christ at an early age. Prophet Renchie graduated in the Houston Public School District and served in the Job Corps. Later, he attended college, graduated and received several certificates and degrees during his ministry.


Prophet Leon Renchie was a man of compassion, love, and concern for God's people. He was a man that always put the Word of God first. He lived the life he preached about. He was a friend and mentor to everyone he encountered.


Prophet Leon Renchie was married to Dianne St. Jewel. The worked to- gether in the evangelical field for many years. She preceded him in Death . He was also preceded in death by his mother, Eugenia Renchie; grandmother, Mazie Jackson; grandma, Queen Ester Warner, and aunt, D'Onice Renchie Syon.

To order memorial trees or send flowers to the family in memory of Leon Renchie, please visit our flower store.
Open